The biggest problem we had on the last run was the phone going to sleep after 30 minutes.   We found a developer option that makes the phone not go to sleep as long as it is charging.   Getting the phone charging then became top priority. 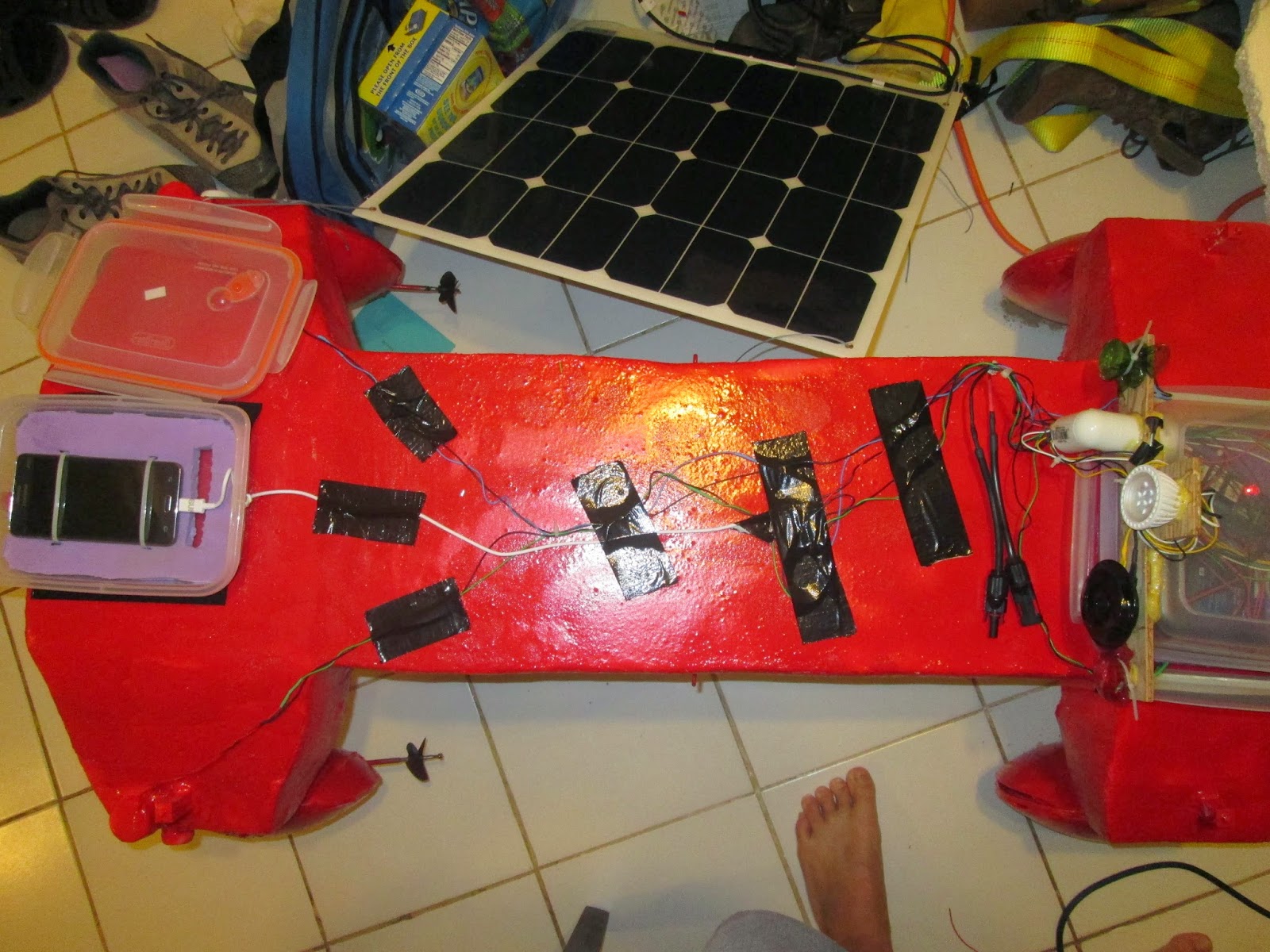 We cut the charging cord for the phone.  Drilled a hole the size of the cord in the side of the small container.   Put the cord through and tied a knot on each side of the hole.  Then put Gorilla Glue on each side.   It does not really stick to the container well.

Before doing this I thought, will have to put my phone on the boat to charge, kind of fun.  After I thought, I will really need to get another cord to be able to connect the phone to the computer and get data/pictures off. 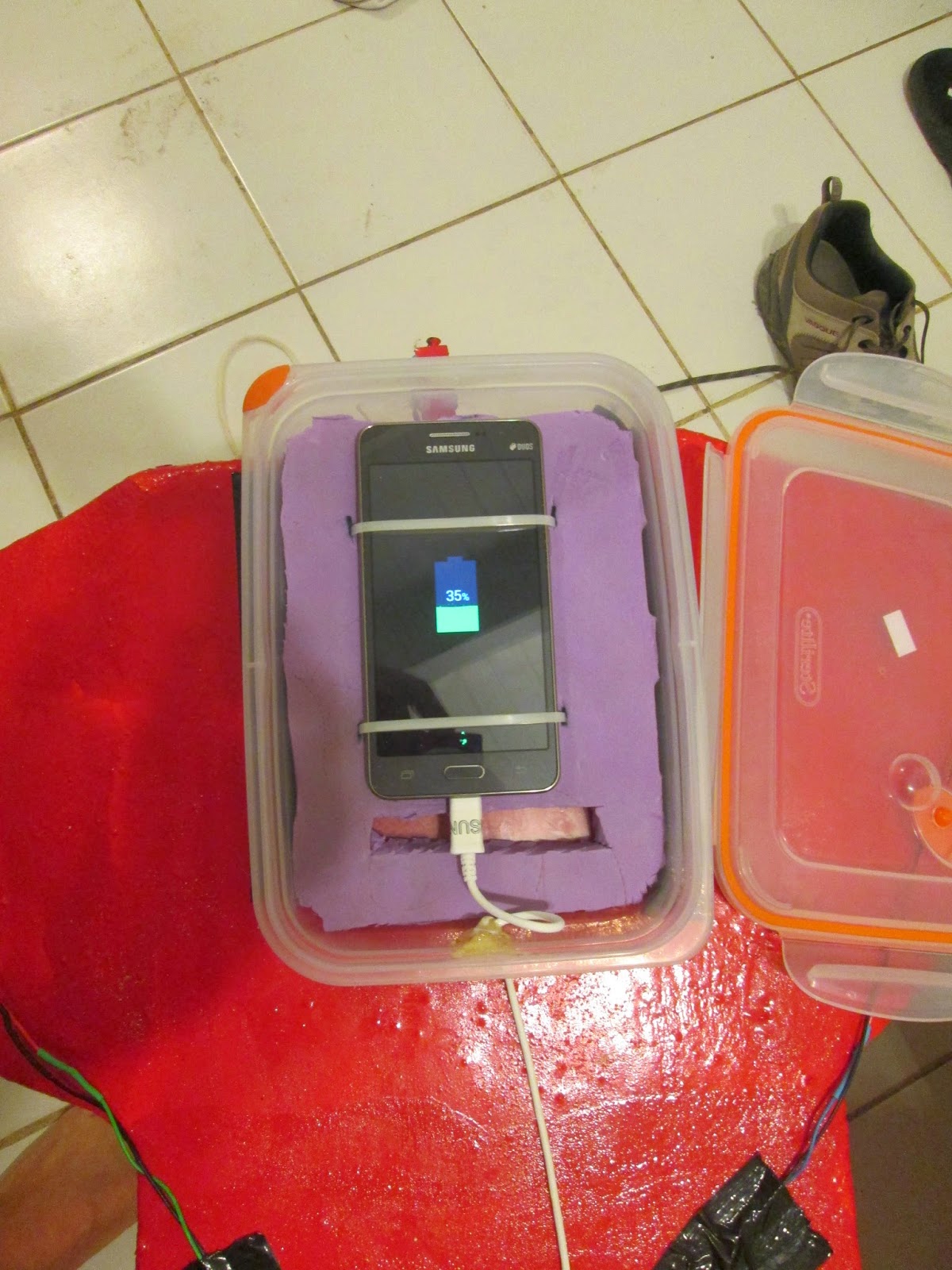 Sure enough, the phone started charging.  Since it is now hooked into the main battery, which charges from solar, the phone should now be fine as long as the sun is out.   If the motors and lights are turned off, the main battery should have no trouble keeping the phone charging through the night.  With the sea brake it may even be ok for the phone to go to sleep at night, as long as it wakes up when the sun comes up and it is getting charged again. Not doing overnight tests just yet though. 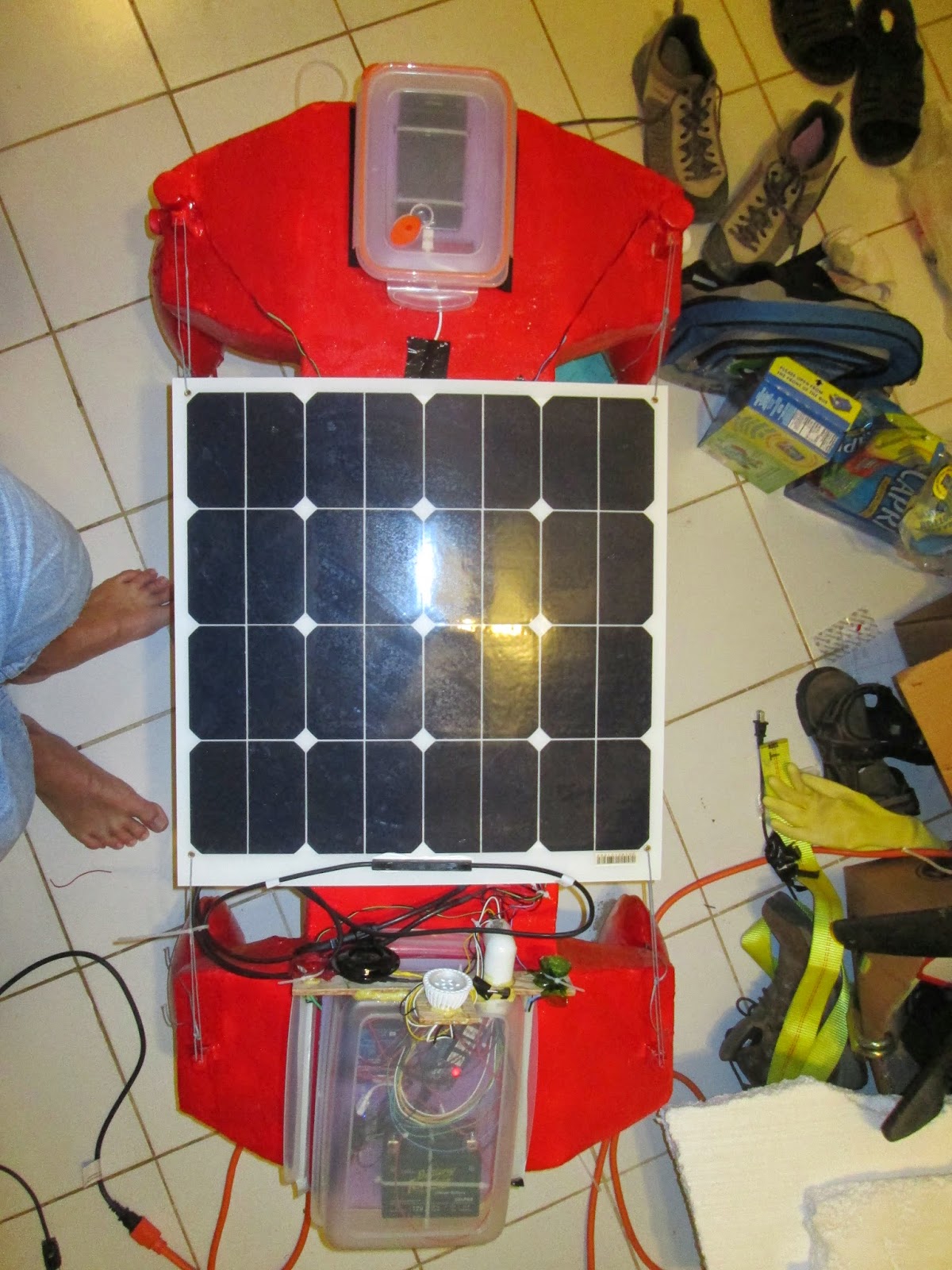 Put the solar panel back on and we are ready to try for longer than 30 minute runs.